Surveys are an easy and interactive way to engage an audience and receive informative data on a subject in the most efficient way possible.  Now, with the internet and social media, getting fast survey results is as simple as posting a story on Instagram using their poll feature or sending a link to your email list.  Surveys are especially important in the entertainment industry to keep fans interested and to give them a feeling of importance to the subject.  Sports, being a part of the entertainment industry, has greatly utilized the use of surveys for years as a way of letting the fans and even organization members have a say in many different matters across the industry.

For this article we will focus on one sports league in particular that utilizes surveys in many different aspects of their business, the NBA, although it is relevant in all sports.  The midseason NBA All-Star Weekend is a 3-day event which ends with the main attraction, the NBA All-Star game.  The 1st ever All-Star game was in 1951 and utilized surveys from the very beginning.  A panel of selected sports writers from every NBA city and more were surveyed on who they would select for every position to be an All-Star starter.  This expanded in the 1974-1975 season as NBA fans were then given the opportunity to vote for the first time on who would represent the Eastern and Western Conference in the All-Star game.  The surveys started out as a ballot you could find in-arena at NBA games to capture true NBA fans opinions.  This method was in place for a long time before the internet completely took over fan voting and a significant change was put in place to achieve an even greater reach on these survey results.  In the 2016-2017 season, current players and media members joined the fans to split the weight of the survey to 25% towards NBA players, 25% to the media, and 50% to the fans.  This change in 2017 arguably engages the fans more because it makes them feel as if they're right there in the action with the players and media.  To this day, millions of fans across the world participate in this survey to determine who they will watch perform on All-Star night.

However, this isn't the only way fans can engage into the inner workings of how the NBA functions as an entertainment business.  In 2020 the NBA introduced the play-in tournament to determine teams ranked 7-10 in each conference would then be represented for the 7th and 8th seed in the playoffs.  Through Morning Consult, NBA fans were surveyed with a more in-depth set of questions around the play-in tournament to get more insight into what the fans really thought about the new format. Fans were first asked to put themselves into a fan category.  The options were: sports fan, NBA fan, avid NBA fan, and casual NBA fan.  Then they were asked a set of questions where they could respond in 5 different varying levels of agreement from "strongly approve" to "strongly disapprove."  This survey was particularly effective as in just one survey you captured results from 4 different types of fans with multiple responses.

The NBA doesn't just make use of surveys for its fans. Every year the NBA surveys the incoming rookie class as well as the general managers of each NBA organization.  The NBA uses these survey results as marketing material as they always make headlines on top sports outlets across the world, including Bleacher Report and on ESPN.  The rookies are asked questions about their class, such as "who will have the best career?"  Or "who is the most athletic?"  The general managers, who are responsible for putting together a roster of NBA players from the teams, are also asked questions around which teams will make it to the finals or what players will win certain awards at the end of the year.  As a fan, getting insight from the players you admire or the people responsible for selecting NBA talent holds a lot of weight. It is something NBA fans look forward to every year to get them excited for the upcoming season.

Whether you had thought about it before or not, surveys in sports are essential and are happening at all times throughout the year.  The surveys in the NBA specifically put the fans in charge of who they want to see in the All-Star game, it lets them express their opinion and give feedback on what's going on within the league, and it gives them insights that they normally would not have received.  This engagement is what makes fans have a connection to the league and its players.  Without surveying the fans and members of the NBA who support and make up the league, the NBA wouldn't be in as good of a situation to supply everyone with what they want. 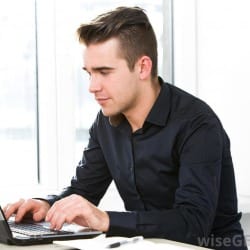 Jack Stradley is a sports writer who currently writes out Denver, Colorado. He also writes short books as well as ghost writes for websites and blogs.